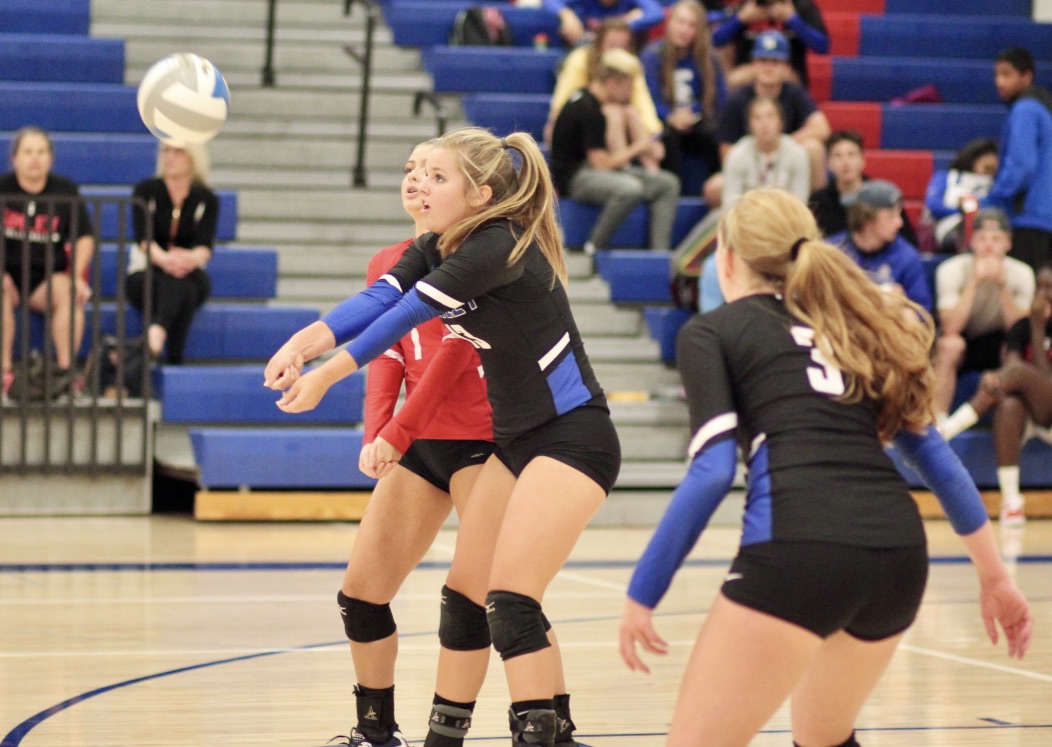 Order was restored in the volleyball universe when Simley Volleyball traveled miles and miles and miles in rush hour traffic to defeat Legacy Christian Academy in straight sets on Thursday, August 29th (25-11, 25-20, 25-20). The engine trouble light that stranded the Spartan’s bus after the match was perfect commentary on the trouble Simley brought to the Lion’s newly renovated gymnasium. The match opened with a flourish as the Spartans played with undeniable intensity highlighted mid-set by Sophomore Bella Studer serving 10 straight points to put the Lions on notice that there was no hope this night for the home team. Although Legacy Christian played at its scrappy best in the final two sets, the score did not indicated how Simley dominated the match, save for a struggle on serve receive. Senior outside hitters Emma Heimerl and Sydney Stensgard led the team in kills and punctuated each set win with huge hits on the final point of each set. The Spartans came to play defense on Thursday as well. Senior outside hitter Ellie Lanik was nearly flawless on defense with in-system digs on all but one ball hit at her and Sophomore Brynn Rogers added another determined double digit dig derby. Sophomore Lauren Tuccitto saw her first setting opportunity of the season in the second set and merely responded with five lovely assists, a statement ace, and perfect defense to match her team’s wonderful defensive effort. In addition, Sophomore Chomp Danso continued her steady improvement in a new position anchoring the right side of the net for the Spartans with increasingly shut down blocking and an offensive threat. A pleasing performance by Simley Volleyball helped make the travel woes merely an annoyance.