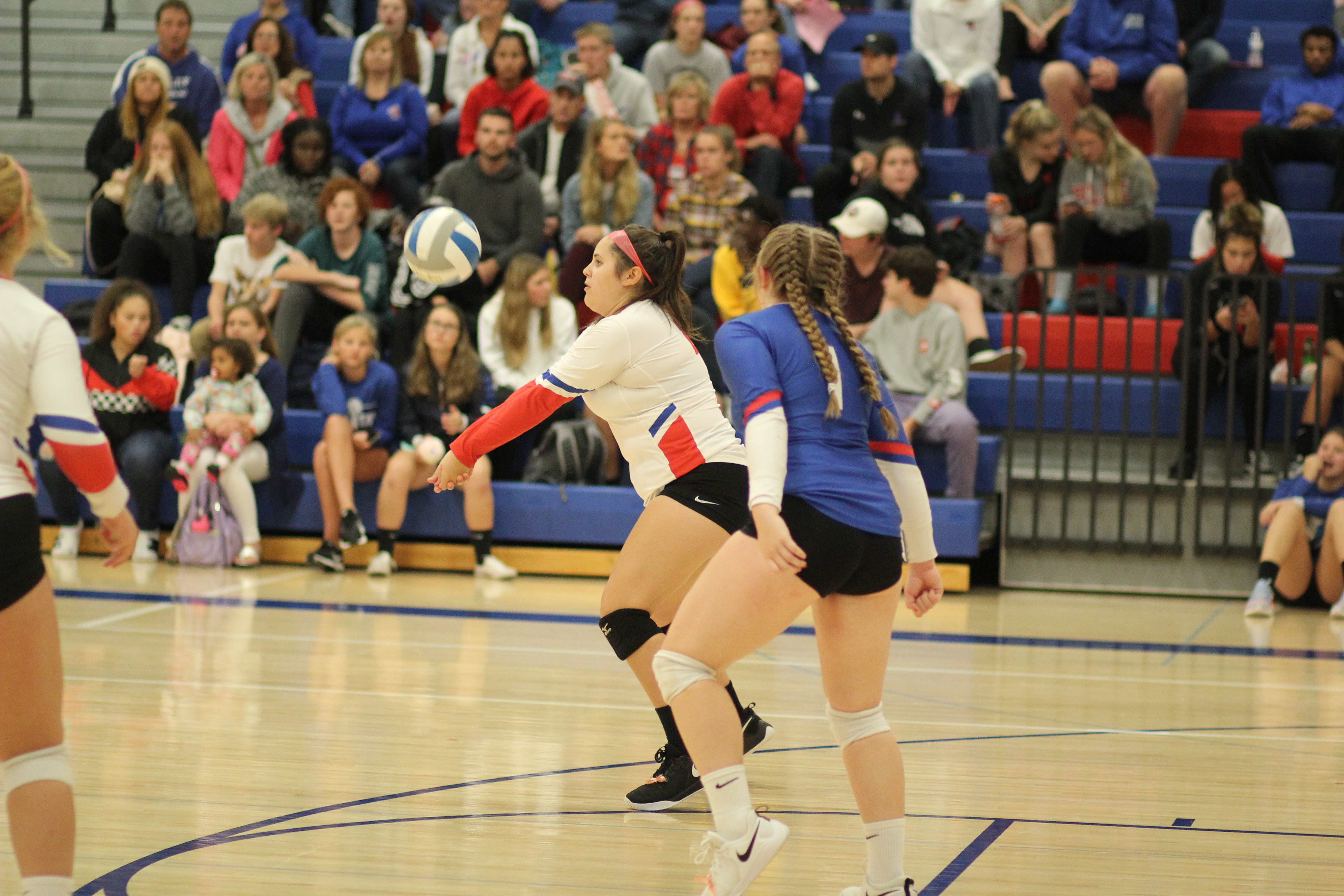 The Simley Girls Volleyball Team Bachman Turner Overdrived it down to Hastings and took care of business. Dominating the Raiders in straight sets, the Spartans played with the competence of a well-oiled machine winning 25 -14, 25-18, 25-17 on Tuesday, October 13th. While Hastings was competitive early in each set, Simley’s smooth serve receive and relative lack of unforced errors put too much pressure on their opponents and opened up comfortable leads and simply walked the match out. With few fans due to the mandatory protocols, each player can invite only two people to the matches, the gym was eerily quiet at times. The only real advantage to these playing conditions is that it is easier for the coaches to impart their multitude of instructional gems to the players, not that the Spartans needed much this night. Another great team effort by Simley was highlighted by outstanding 96% serving and 2.3 serve receive (much improved from 1.75 in the last match). Since many of the Spartan’s points came on the opponent’s unforced errors and their own very clean play, individual highlights were fewer than in a typical match. Senior Abby Hepper continued her 2020 offensive onslaught with 7 kills in 11 attempts, while adding 15 assists. Volleyball is no fun if you cannot serve receive well and Juniors Lauren Tuccitto (2.60) and Bella Studer (2.56) set the pace. Junior Joana Jimenez saw her most extended action of the season and stopped Hasting’s last gasp at a comeback with a huge kill in the waning moments of the final set. Freshman Avery Renslow decided it was fun to get kills out of the middle and ended up hitting .500 for the match, while tossing in a couple of well-timed blocks. The Simley Spartans played with the confidence of a winning team from the first point of the match to last and it was again inspiring to see the players have great fun on the court while supporting each other so well.