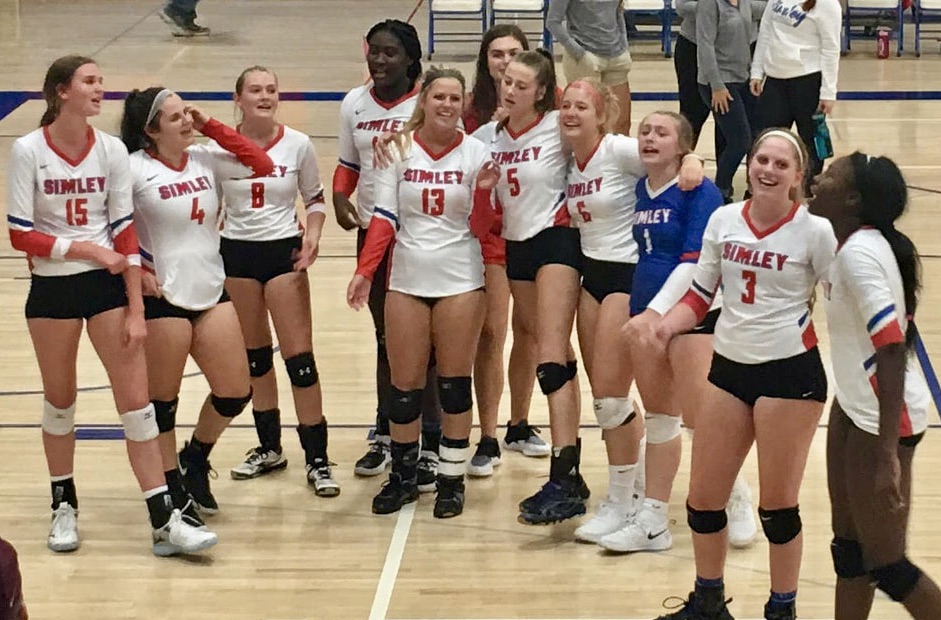 Congratulations to the Simley Girls Volleyball team for a wonderful performance at Henry Simley on Thursday, September 19th and a 3-1 set victory. The Spartans were in control throughout the match. Both teams felt each other out during the first set before Simley pulled away late for a comfortable win. Set two saw the Warriors win through no fault of their own as the set was completely controlled by Simley trying to be good guests and awarding the last five points of the set to Henry Sibley. The true nature of the team came out in sets three and four, however, as the Spartans roared out to a 7-0 lead in set three to cruise home, while set four saw all hope taken away from the Warriors as Simley, after a back and forth start start, outscored Henry Sibley 19 to 6 in the decisive fourth set. The offense was powerful; the blocking was unrelenting; the setting was smooth; and the defense was inspiring as the better team won in very satisfying fashion. The Spartans certainly realized they were on Town Square Television as several yearbook highlight plays were made throughout the match. These included Juniors Brynn Rogers and Molly Stein doing a slow dance move on the floor after combining for a great dig ending up smiling together at the TV camera while Senior Sydney Stensgard was ending the point with another of her solid kills, ending the night getting kills on an extremely high 52% of her swings. Other highlights included Senior TeTe Danso leading both teams with 8 blocks, while intimidating the Warrior hitters into tipping and rolling many of their attacks, while Seniors Emma Heimerl and Jackie Stickler hit far north of .400 for the night. Junior setter Abby Hepper recorded 43 assists and added an impressive five blocks on the right side. The enthusiasm, consistency, and confidence shown by all players spoke to the team’s continuing maturity and focus.