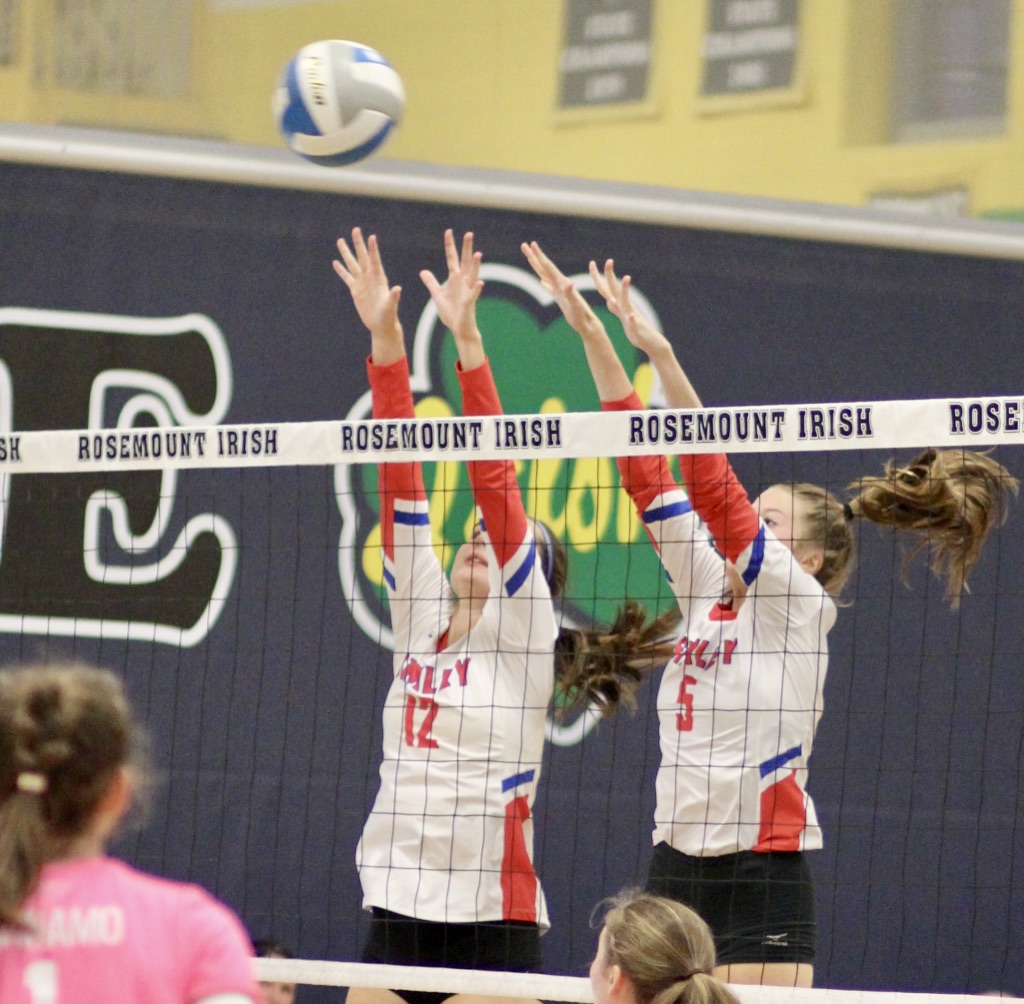 Congratulations to the Simley Girls Volleyball team for another solid team win this time at home against Park of Cottage Grove on Wednesday, September 25th. The first two games brought the fans to the edges of their seats (including the coaches to call too many time outs) as the Spartans showed great resiliency to pull out set one 26-24 and set two 25-23. The Wolfpack fought hard but were no match for the Spartans in the decisive set as Simley rolled to a dominating 25-12 victory. Although a few hiccups occurred along the way, all 11 Spartans played very well. A hallmark of this team has been its dedication to live up to its season theme: “Won’t Back Down.” The team found itself down 22-24 after leading almost all of the opening set but refused to let it slip away and count on coming back in the match. The Spartans won the next four points to shock the Wolfpack who thought they had it in the bag. Set two saw Simley lead the all the way to when Park seemed to be on a path for its own comeback win tying the set at 23 all and sending one of the Wolfpack’s best serves screaming over the net to around the ten-foot line. But Sophomore Bella Studer was up to the task as she made a sprawling perfect pass to Junior Setter Abby Hepper who then garnered one of her 25 assists to again dash Park’s hopes as Simley closed out the set on the next serve when Senior Ellie Lanik sent a blistering serve to the back left corner for an untouchable ace. Big high fives are owed to the middles – Senior Tiwaah Danso had a marvelous 11 kills in only 14 attempts (79%) and Senior Jackie Stickler led the block party with a whopping six blocks for the night, while Sophomore Acheampomaah Danso added three blocks and a kill on the right side. Sophomore Lauren Tuccitto saw setting action in the tight second set and delivered the ball to the hitters almost flawlessly. Tonight’s match saw the Spartans double up wins over losses on the season moving their record to 8-4.