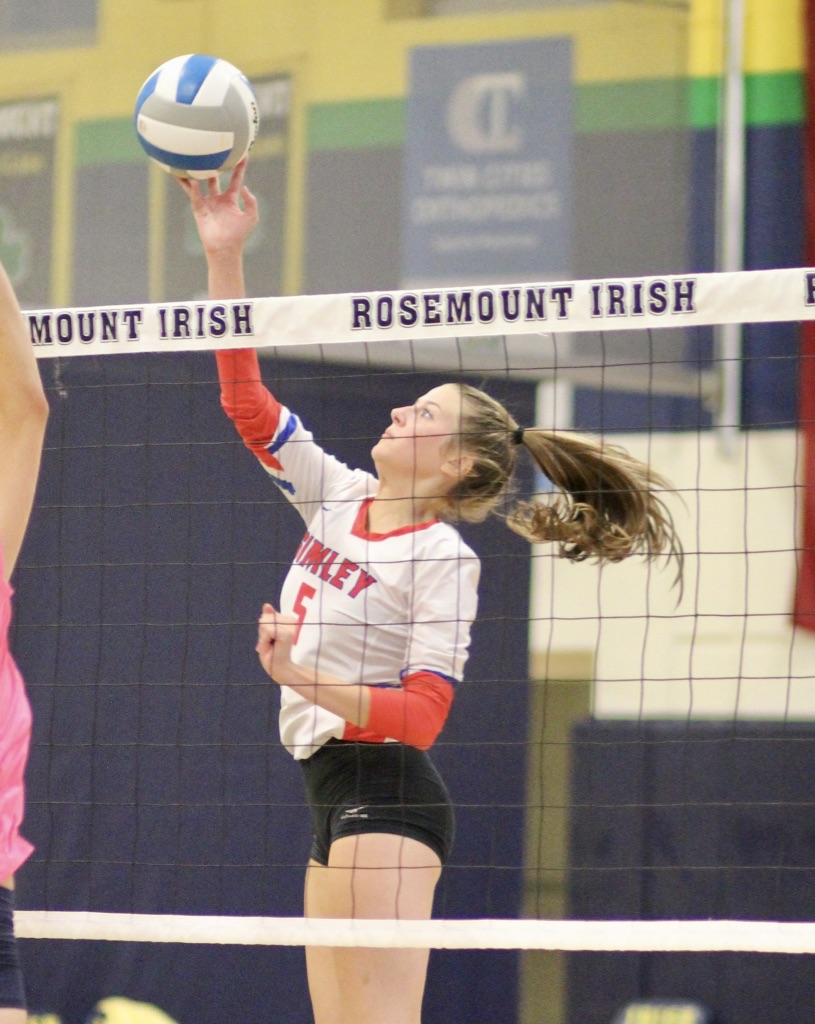 Congratulations to the Simley Girls Volleyball team for its gutsy, gritty, and ultimately golden sweep of Mahtomedi’s Senior Night to wrap up second place in the Metro East Conference in its final regular season match. The Spartans were the beneficiaries of the Zephyr’s multiple mistakes in the first set cruising easily to a 25-18 win. After a back and forth start to the second set, Simley decided to begin a run of very unusual mistakes to seemingly hand the second set to their hosts. But down 20-24 with the coach trying to think of something positive to say between sets, the Spartans said “Just Kidding” and began a “gutsy” comeback that tied the set at 24 – gave Mahtomedi two more set points – and then crushed their hopes with a 28-26 victory and all the momentum going into the final set. The Zephyrs would not go away however and the Spartans called up a typically “gritty” and resilient performance in the decisive set gaining an early lead and answering everything thrown against them finally closing out the match with yet another “golden” 25-23 win. The Spartans relied on their defense and serve receive prowess in this match as Senior Sydney Stensgard and the Nuggets (Juniors Brynn Rogers and Molly Stein [3 aces] & Sophomore Bella Studer) demonstrated outstanding ball control the entire night. Junior Abby Hepper chalked up 29 assists and set her best at the end of each set. Sophomore Acheampomaah Danso had the kill of the night to complete the second set comeback. Senior Jackie Stickler was the best hitter of the night with a 50% kill percentage while Seniors Stensgard and Emma Heimerl saved their best for the final few points of the match with two cannons to deny any Zephyr comeback, while Senior Tiwaah Danso dominated at the net. Sophomore Lauren Tuccitto rounded out the sweep with clutch serving and the biggest dig of the night – an outstanding reactive stab off a cross court bullet by Mahtomedi’s best hitter that led to another huge Spartan point near the end of the match. Simley opens its sectional tournament at home on Tuesday night against Highland Park.