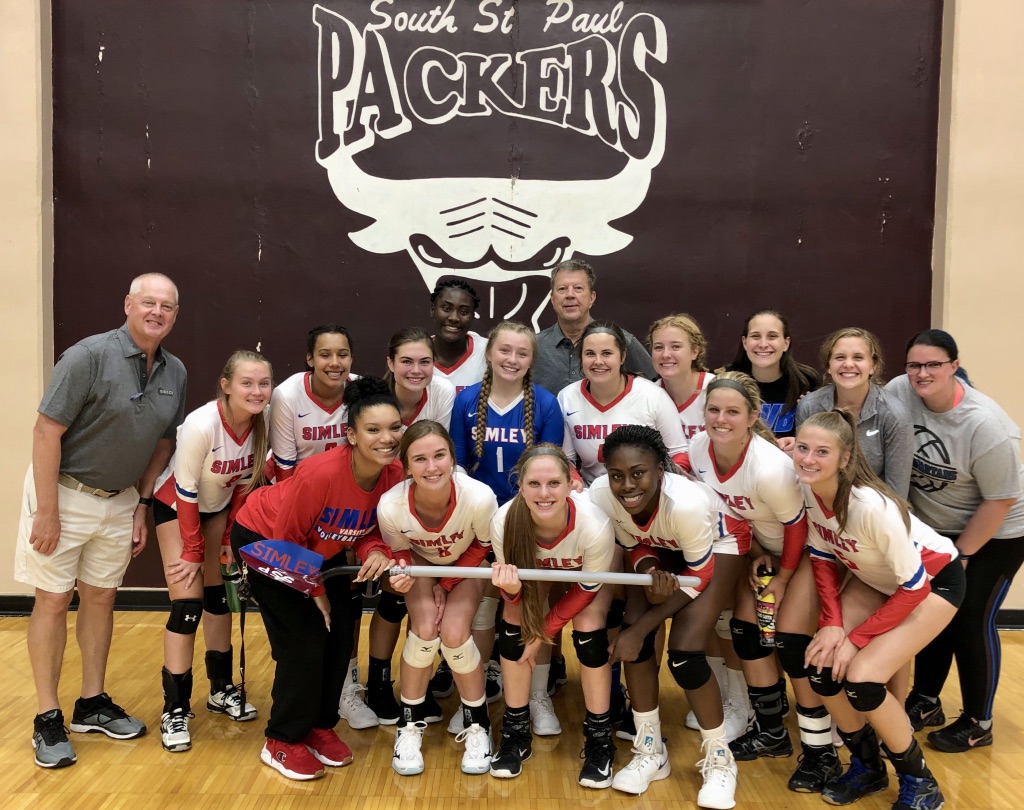 For the lucky 7th year in a row, the Simley Girls Volleyball team brought home The Shovel, the annual traveling trophy it plays for against South St. Paul. Actually, luck had very little to do with the outcome last night as the Spartans shook off some holiday weekend rust to dominate the match in three straight sets. The coaches were extremely patient early as the players were generous to the Packers in the first set before pulling away to win 25 to 18. The second and third sets saw Simley take complete control of the match with bookend 25 to 12 wins featuring a ten-point run in Set 2 and an eleven-point run to start Set 3 to virtually end the match. It was a total team effort with all twelve Spartans contributing to the always satisfying defeat of the Packers. Sophomore Chomp Danso had a coming-out party against SSP with four kills and a veteran like 67% kill efficiency but lost the bragging rights battle with her sister Senior TeTe Danso who posted more kills. Senior Sydney Stensgard and Sophomore Lauren Tuccitto led the service ace parade with three apiece as the team notched a whopping 22% aces against the Packers. The defense was outstanding as the Nuggets (Juniors Brynn Rogers and Molly Stein and Sophomore Isabella Studer) led the way with the team digging every ball they touched! Junior Abby Hepper sweetly set her way to 23 assists and added a couple of kills along the way. On the offensive side of the ball, Senior Ellie Lanik had her best hitting game of the season with four kills, Sophomore Aadriana Epps matched the four kills, Senior Jackie Stickler hit an impressive .400, and Senior Emma Heimerl added to her early season glut of kills with another double digit performance. Great team performance throughout the match.