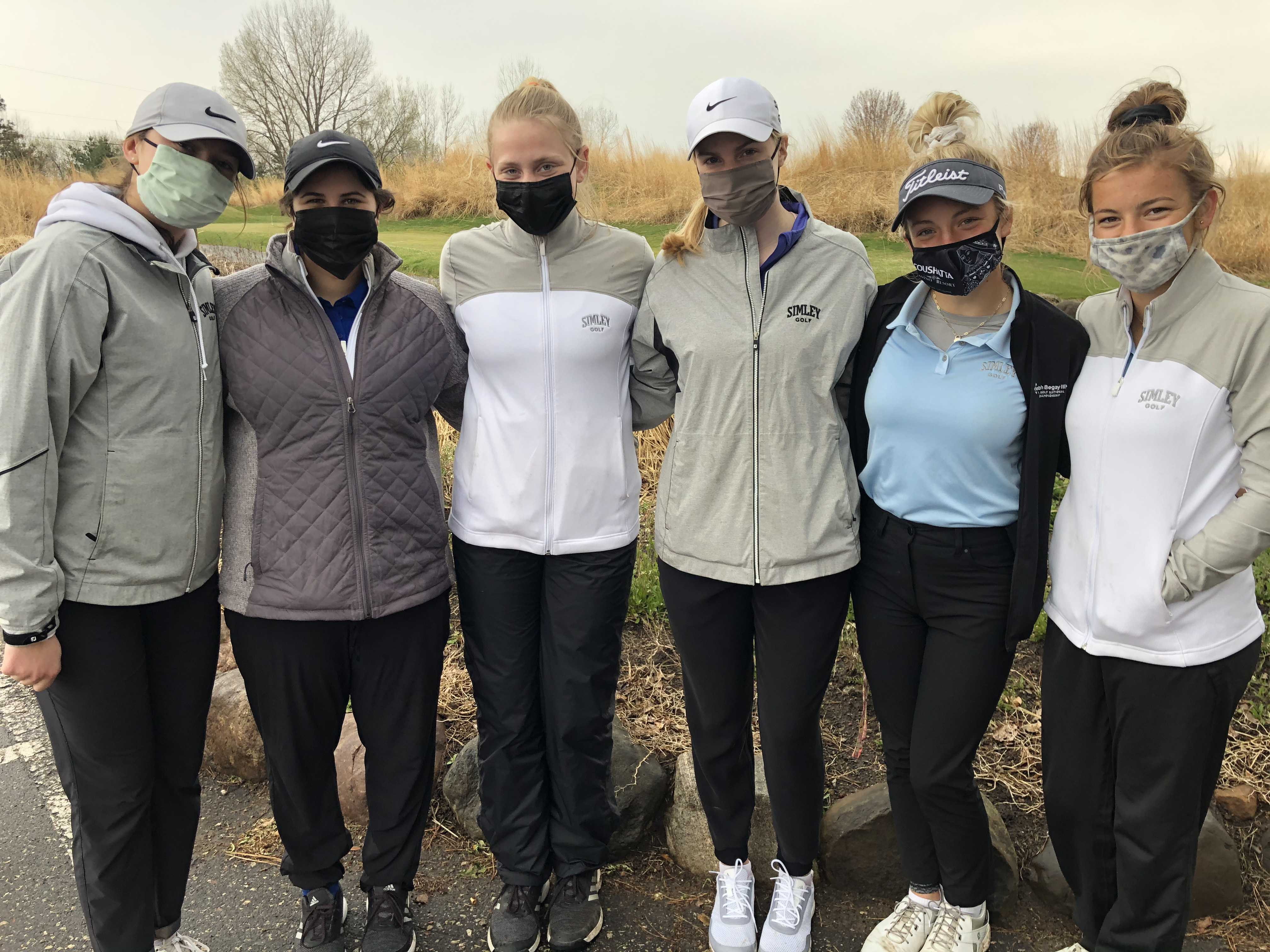 All the teams in the Metro East Conference met at Loggers Trail on Tuesday for the mid-conference 18-hole match. The mid-conference 18 is a critical match in conference play. Winning the tournament can earn the team essential conference points, and put them in good standing to make a run at the conference title. Once again the Spartans fought cold and wet weather and proved that they were the team to beat. Senior captain Molly Stein put the power of the Spartans on display, almost driving the green on a par four on just the 3rd hole of the day. Senior captain Callie Gustafson showed off the putting prowess of the team when she rattled the pin on a bending putt from more than 40 feet away leading to an easy tap-in par. Senior Captain Sophia Roche had the short game covered for the Spartans. Roche made an incredible up-down from a near impossible position behind the #1 green on her way to a great round. Sophomore Ashleigh Skappel continued her great play this season with another consistent round filled with great shots, including back-to-back pars on the difficult 12th and 13th holes. Freshman Reese McCauley broke her own personal record for an 18-hole round in high school competition. Reese shot an even par 73, getting back to even with a two-putt birdie on the 18th hole. With her round, Reese became only the second player in Simley girls golf history to record an even par 18-hole round. Junior captain Isabella McCauley had quite the day. Bella broke her own Simley High School scoring record by 1, shooting an impressive 67 (-6) on the par 73 course. The great round earned her medalist honors in the match, the Simley high school scoring record, and a place in Loggers Trail history as the new owner of the course record for any female player. The team win puts Simley in the driver’s seat heading into the second half of the conference season. Go Spartans!