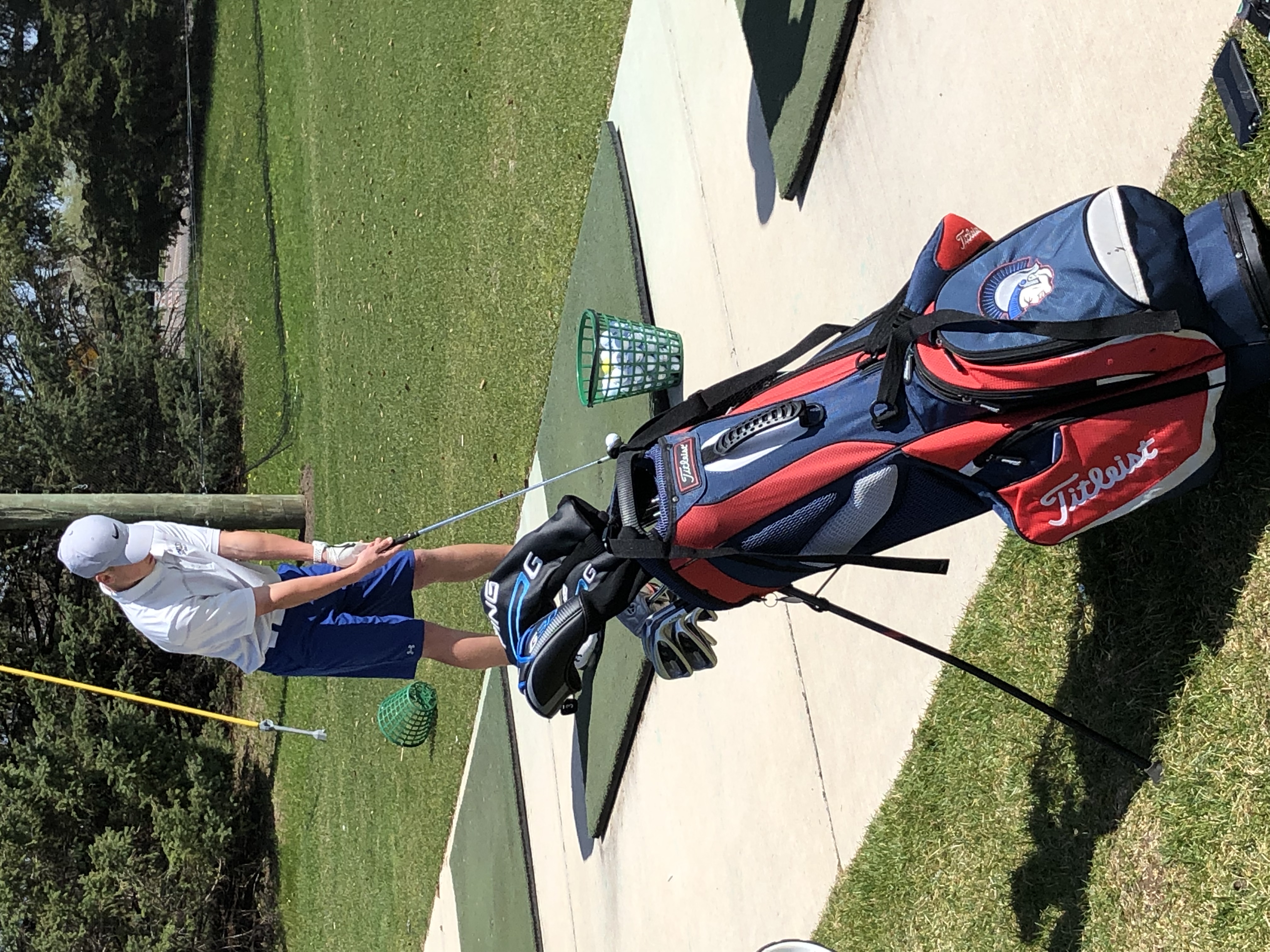 The Simley Boys Golf Team took a short road trip to Southview Country Club on Tuesday, May 7th, to take on rival South St. Paul and state tournament contender St. Thomas. Facing the Packers just five days ago, the Spartans won in a tiebreaker at Inver Wood. Today the Simley Six defeated SSP by 18 strokes at their home course. The Cadets were a different story. Facing one of the state’s best teams, the Spartans played hard, would not be intimidated, and gave St. Thomas a run for their money. In the end the Cadets pulled away for the win, but the Spartans suffered bad bounce after unlucky break and a little too much water and the talk in the parking lot after the meet by the players was not about the 2nd place finish, but about how much they looked forward to breaking STA’s two-year undefeated run in the Metro East when Simley visits Mendakota Country Club in just two days.Sophomore Zach Painter, one hook away from medalist honors, shot a smooth 36 to lead the Spartans effort, while Junior Zach Sayner and 8th Grader Caden Renslow came in with matching 39’s mastering tough and inconsistent greens. Junior Alex Guggisberg rounded out the scoring for Simley with a gritty 40 and Freshman Josh Painter and 8th Grader Joe Stanton both competed strongly. The Spartans may not have won today, but as John F. Kennedy said, “Only those who have failed greatly can ever achieve greatly.”