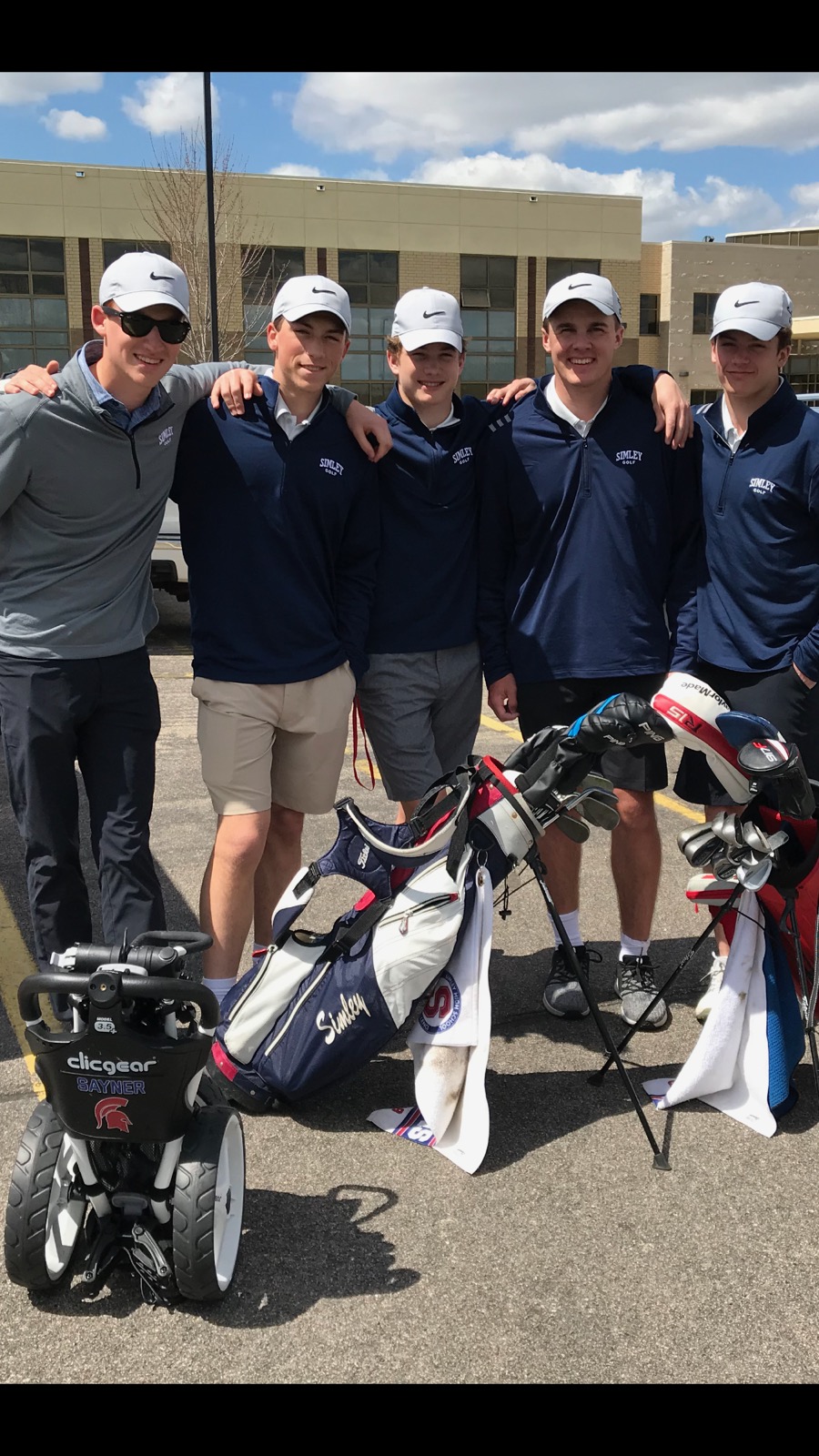 Rivalries always bring out the best in the underdog and the Simley Boys Golf team’s match against all-time rival South St. Paul was no exception. The day before the match the coach preached focus and the players responded with yawns. The next day, Thursday, May 2nd, the Packers played their best golf of the season at Inver Wood golf course and the yawns turned into grimaces as Spartan shots found the trees and putts avoided the holes. All were reminded that golf is the most humbling of games. But as challenging and frustrating as the day was, this team of Simley golfers continued to battle until the end. The end, which found the Spartans and Packers tied with a team score of 162, came down to the first tie-breaker – the fifth best individual score per team. Where South St. Paul found their tiebreaker score to be 45, 8th grader Caden Renslow, playing in the first varsity match of his golfing career, finished his round with two smooth putts on the final green and a score that added up to 43 to break the Packers hearts and allow Simley to escape and remain in 2nd place in the Metro East. Never boring Freshman Josh Painter was co-medalist with 38 strokes by somehow getting up and down from near the practice green after airmailing the 9th green to save par, while the overly analytical Junior Alex Guggisberg parred out the end of his round for a fine thirty-nine and Senior Ben Borchard finished strongly to add to the victory. The Spartans also defeated North St. Paul in the triangular meet.