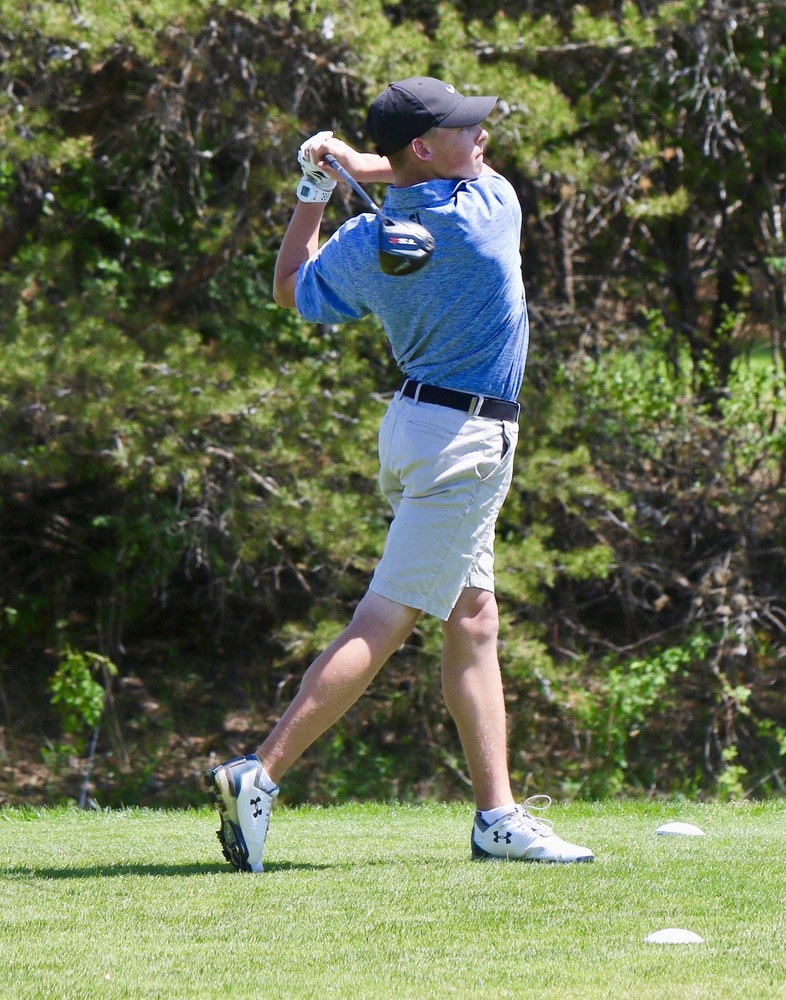 The Simley Boys Golf Team may not have made a huge splash at the Metro East Mid-Conference Tournament on Wednesday, April 28th at Oak Glen Golf Club, but they made a good-sized ripple. St. Thomas and Mahtomedi clearly established themselves at the top of the conference, opening up a wide lead over the chasers. But the Spartans have improved their performances in every event and have moved into the upper echelon of the conference, this without every player maximizing his scoring at the same time yet this season. Another good performance (3rd place) against all comers in the Metro East found Senior Zach Painter tied for the lead for conference player of the year halfway through the season. Bookend 38’s for 76 was a fine round in windy conditions that featured some of the first sun of a heretofore cloudy season. Sophomore Caden Renslow merely shot the best score of his Simley competitive career – a smooth 80 featuring great tempo and only 32 putts. Senior Josh Painter and Sophomore Joey Stanton not only carded identical 84’s but also matched with 34 putts. Sophomore Hunter Collins and Freshman Justin Orn closed out the scoring for the Spartans. With every golfer showing the ability to go low at different times during the first half of the season, the future is bright for a statement performance by the team as a whole sooner rather than later.