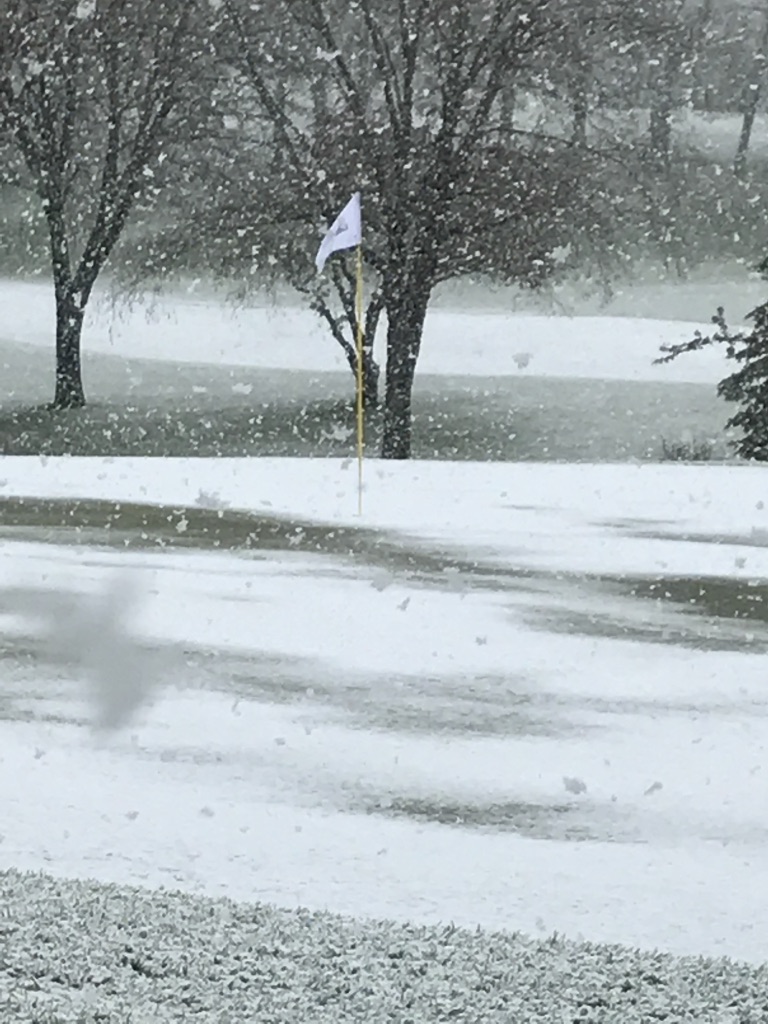 Simley Boys Golf had something to prove as the Metro East Mid-Conference Tourney rolled around. After a good start to the season, it was time to see if the Spartans linksters were contenders or pretenders. With all the conference schools represented at Oak Glen Golf Course on Tuesday, April 30th, on a day where the wind and the temperature were howling cold and all that was missing was snow, the Spartans bundled up, hunkered down, and conquered the challenging conditions with a team score of 321 which was good enough for a high third place finish. Unfortunately for any conference intrigue, St. Thomas Academy will far out-pace any challengers returning five players from its state tournament squad. But Simley has positioned itself in the top third of the Metro East currently in second place about halfway through the season. At Oak Glen, Senior Captain Ben Borchard returned to his low shooting ways and led the team along with Freshman Josh Painter firing matching 79s featuring good shot after good shot. Sophomore Zach Painter and Juniors Alex Guggisberg and Charlie Gustafson would have matched those scores except for a few wayward drives and uncooperative putts. Junior Zach Sayner rounded out the scoring for the Spartans. Be assured the flashes shown by the Simley golfers were not flashes in the pan, but signs of great things to come this season. P.S. The next day Josh Painter posted his first under par round and the first person to congratulate him was his brother Zach, right after his coach and every other player on the team did.