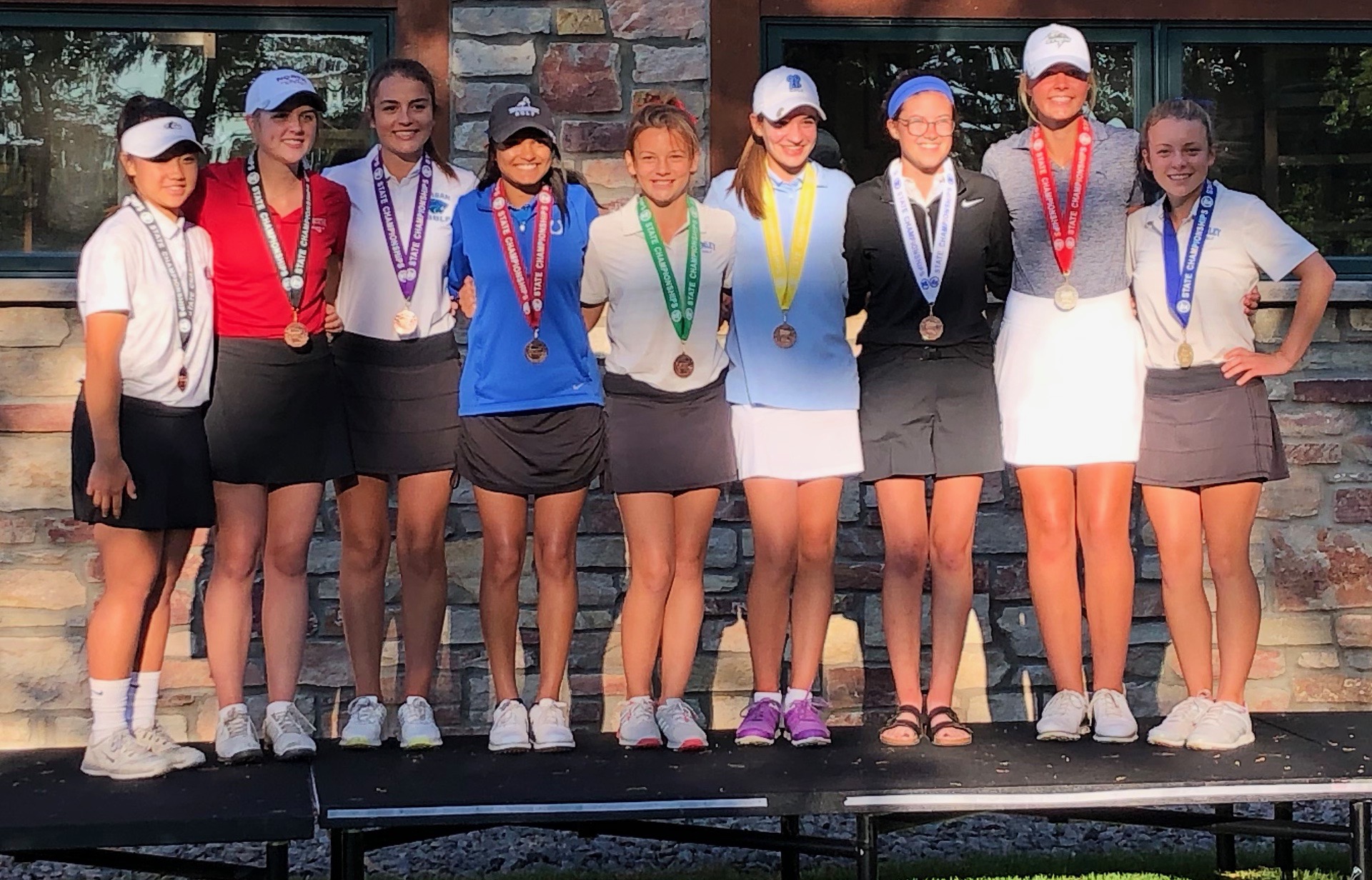 Simley Freshman Isabella McCauley brought her A-game to the AAA State Golf tournament held this week at Bunker Hills Golf Course in Coon Rapids. The weather forecast for the two-day tournament called for temperatures in the 60’s, and Bella decided that her scores should match the forecast. The Spartan MVP started off the tournament with incredible focus, and complete control of her game. McCauley played a bogie free first round full of highlights. Her opening nine started with a difficult two-putt par on the first hole that McCauley made look routine, and continued with two birdies including one on the difficult 7th hole. On the inward nine Bella dominated the par-5’s with birdies on both, and she put an exclamation on her round by draining a difficult downhill slider of a putt on the 17th hole of the day. Her par on 18 completed her mistake free scorecard and gave her a 3-stroke lead in the tournament with a 5-under score of 67, the lowest 18-hole round in Spartan history.
Sleeping on a lead is never easy, but the way she started her second round made spectators believe that she never left the course. McCauley’s pure ball striking made the wind seem to disappear as she made one routine par after another to start her second round. On the par-three seventh hole McCauley made the crowd come alive. An electric tee shot led to a six-foot birdie putt that found the bottom of the cup, and started another incredible stretch of holes. Bella continued the flurry of great shots with birdies on the 10th, 11th, 13th, and 14th holes that plunged her score deeper into the red. When she tapped in for par on the 18th hole she completed one of the greatest performances in the history of the AAA State Golf Tournament. Her second round 68 completed her two-day total of 135 (-9) tied for the lowest total in tournament history. McCauley found herself 10 shots clear of second place, and on top of the podium as the AAA State Tournament Champion. Congratulations Bella!