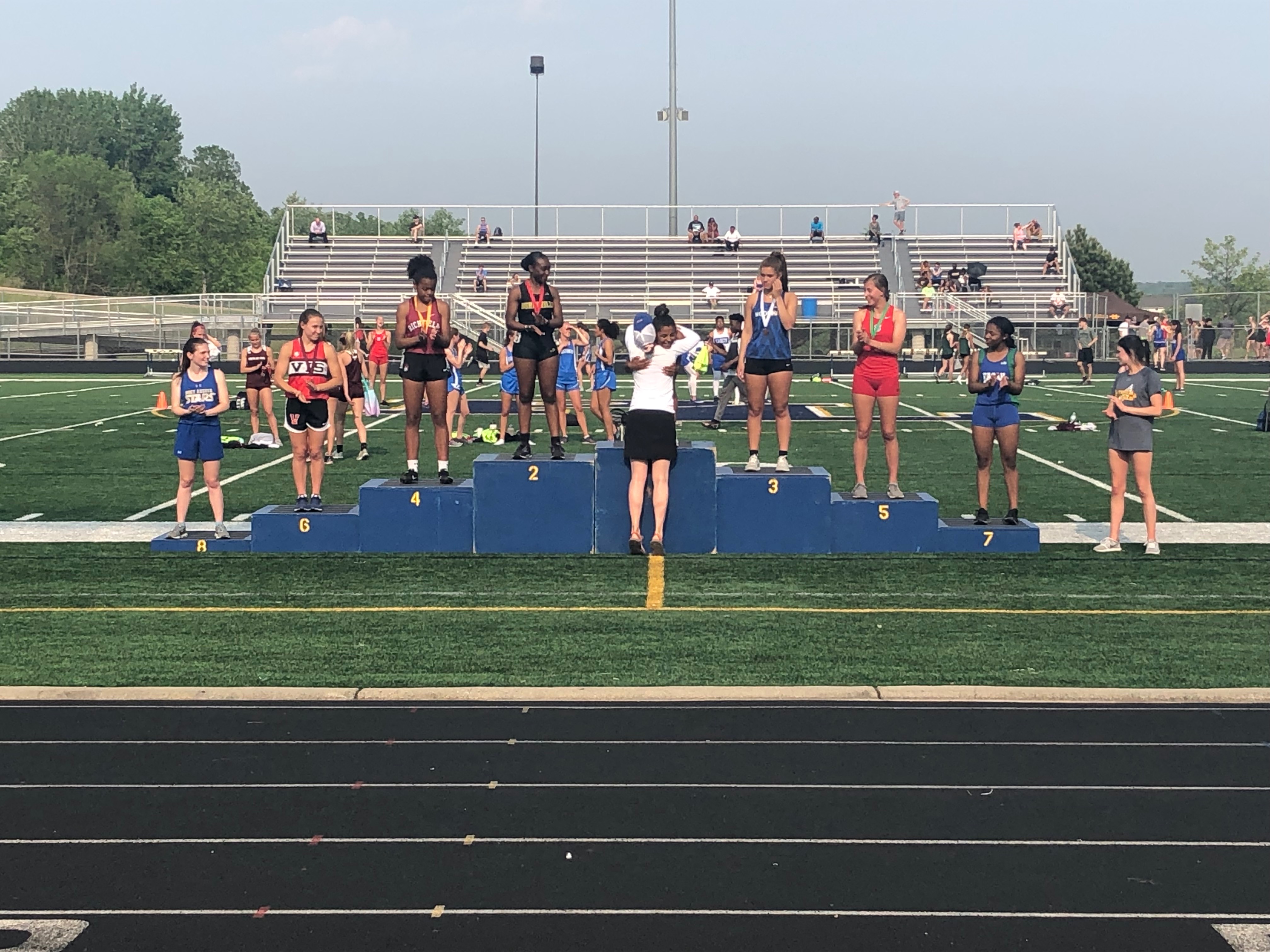 Capping off a season filled with personal records, school records, and conference champions, the Girls Track and Field Team ended their regular season at the Section 3AA meet. One relay and two individuals qualified for the state meet held next weekend and one school record was set.

The first state qualifier for the Spartans is sophomore Abby Hepper in the shot put. Hepper qualified for finals where she unleashed a personal record throw of 37ft 10 inches (over a foot PR) to place second overall. This is Hepper’s first trip to the MSHSL State Meet.

The second state qualifier is junior Aliah Jackson in the 100 meter dash. Jackson won her heat in prelims and then won finals with a time of 12.74 (Just .1 off her personal record which is also Simley’s school record) to advance to state. This will be Jackson’s second trip to state. She qualified last year with the 4 by 100 meter relay team.

The 4 by 100 meter relay team of Kate Carlson, Aliah Jackson, Zoe Boughton, and Rachel Anderson will also be competing next week in the State Meet for the second year in a row. In a a close finish the team finished in second place with a time 49.30. Their time was not only a season best by over a second, but also set a new school record.

Other top eight finishers for the Spartans include:
Kate Carlson – 4th in the 100 meter dash
Sarah Anaya – 6th in the 3200 meter run and 6th in the 1600 meter run
Abby Hepper – 7th in the discus

To top off an impressive Section meet, head girls coach Gretchen Schwanz was also voted the Section 3AA girls head coach of the year by other head coaches in the section.