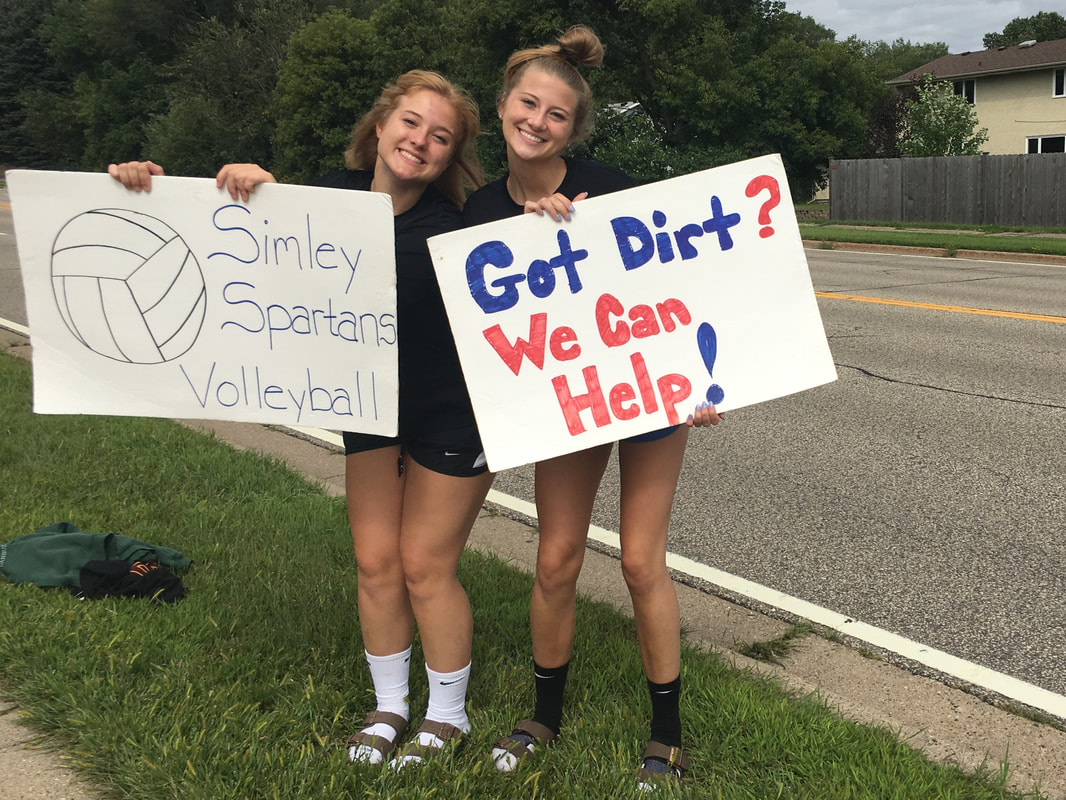 A barn burner classic high school rivalry volleyball match turned into a bus burner as the Simley Girls Volleyball team opened its 2019 campaign with a thrilling five set loss to Hastings High School on Tuesday, August 27th. The Spartans and the Raiders play annually for “The Bus” – a traveling trophy that adds spice to the non-conference match between the two schools. After winning the first two sets handily, the Spartans saw Hastings claw back in the next two sets to even the score and set up the deciding fifth set. Coming out of a seesaw start, Hastings played flawlessly in the second half of the set. The home 12 competed strongly throughout, but the untimely streak by Hastings served to spoil Simley’s home opener and send the Bus rolling back south. The Spartan’s offense was incredibly consistent as all four Senior outside and middle hitters Emma Heimerl, Sydney Stensgard, Tiwaah Danso, and Jackie Stickler all posted relatively the same kill percentages and 31 of the team’s 33 kills. Junior setter Abby Hepper had a solid debut with 25 assists, while Junior Brynn Rogers contributed 13 digs, Junior Molly Stein was unerring from the service line, and Sophomore Bella Studer passed serve almost flawlessly. While the Spartans need to improve their consistency (too many errors to offset many really good plays in all phases of the game), the team showed that 2019 will be another strong season for Simley Volleyball.