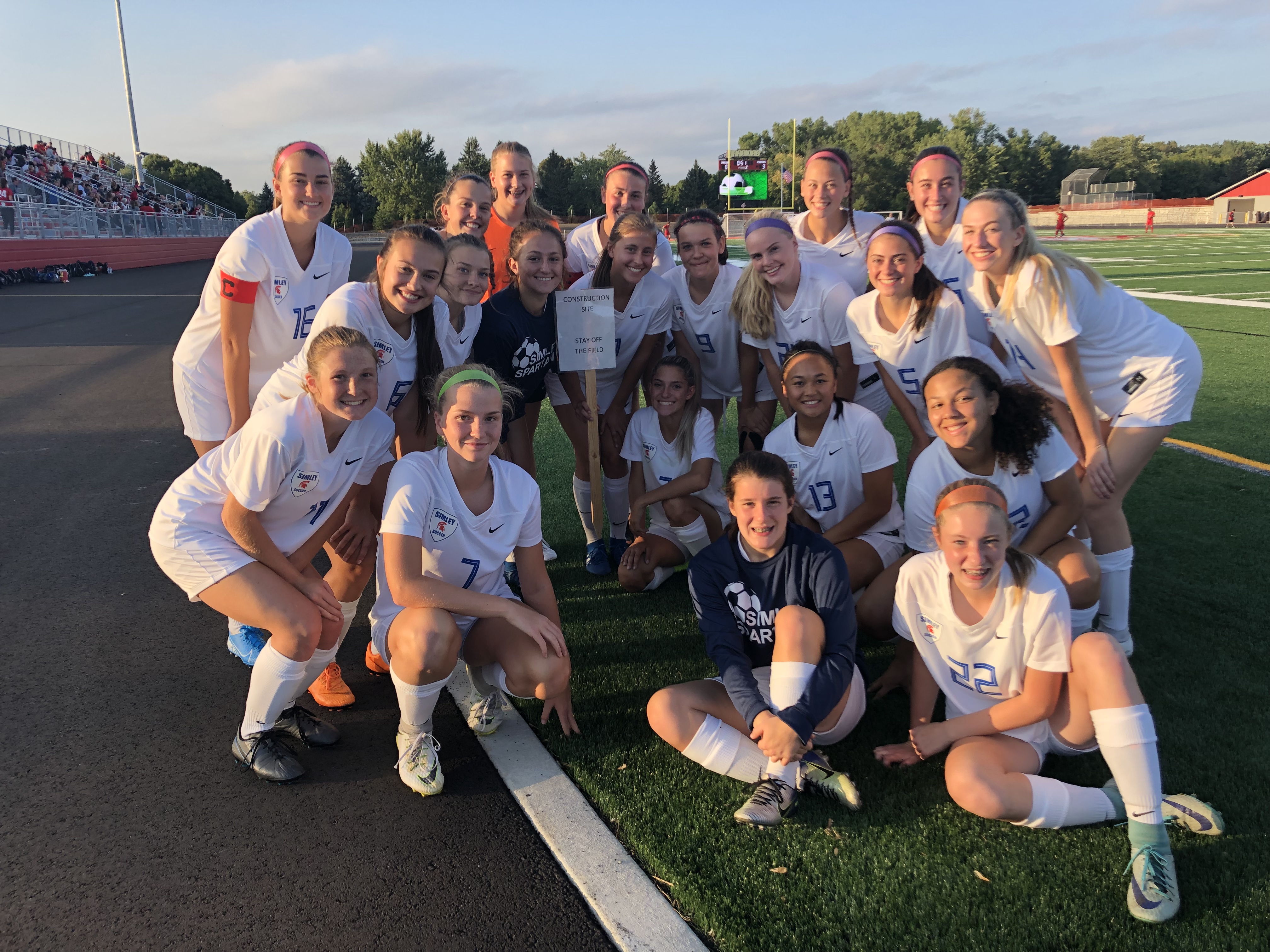 How It Happened
After giving up a goal in the first two minutes of the game, the Spartans battle back to tie the game at 1 by scoring two minutes into the second half. A free kick was given about 25-yards out. Sophomore midfielder Ali Loomis stepped up to take the kick. She hit a hard driven ball towards the goal forcing Sibley’s goalkeeper to come off of her line to try and make a save. The ball bounced off of the goalkeeper’s chest and landed at the foot senior midfielder Norah Larson who was wide open and buried the ball in the back of the net. For the remainder of the second half, there were opportunities for both the Spartans and Sibley but neither team was able to capitalize forcing overtime. The two teams remained evenly matched during the two 5-minute overtime periods ending the game with a 1-1 draw.

Up Next
The Spartans host section opponent St. Croix Lutheran on Saturday with JV kicking off at 2pm and varsity at 4pm.