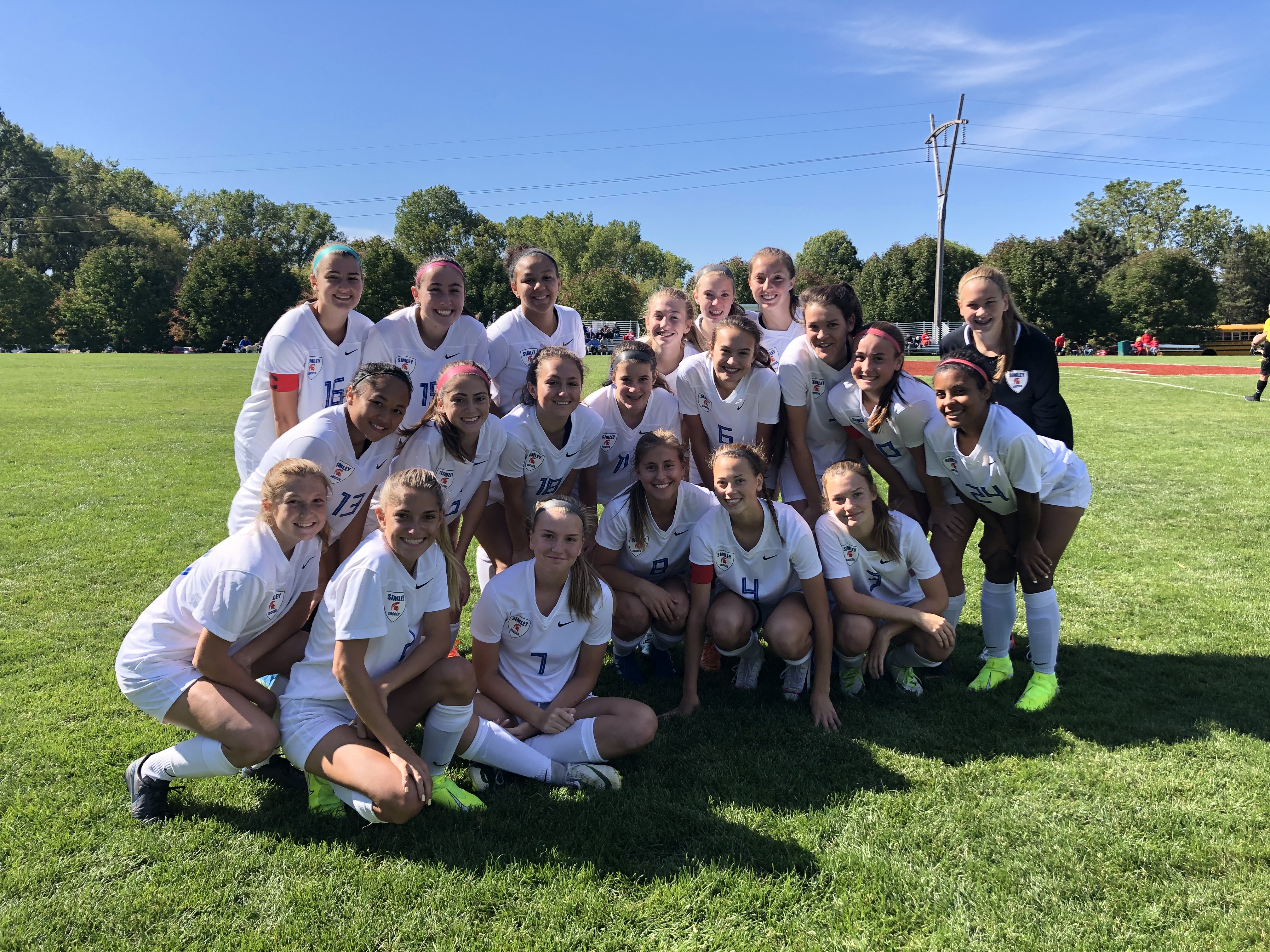 The Spartans were held to just two shots in a 4-0 loss to #4 ranked Visitation.

How It Happened
On a beautiful fall Saturday, the Spartans started off the game strong earning four corner kicks early on in the first half. Unfortunately they were unable to convert. Visitation was awarded a penalty kick which they converted and scored another goal in the first half. The Spartans continued to battle and press high into the attack which allowed Visitation a couple of quick counterattack goals. With under a minute left in the game, the Spartans had a great run down the right side of the field where senior Bekkah Scufsa crossed a ball in towards the goal. Senior Ellisa Price was there, but got her feet tangled up with a Visitation defender.

Up Next
The Spartans travel to Metro East Conference Tartan on Monday, September 30th which is a rescheduled game from earlier in September. JV kicks off at 3:45pm and varsity at 7pm. The Simley C-squad girls will play their final game of the 2019 season hosting Mahtomedi at home. Kick off is set for 4pm for the C-squad girls.