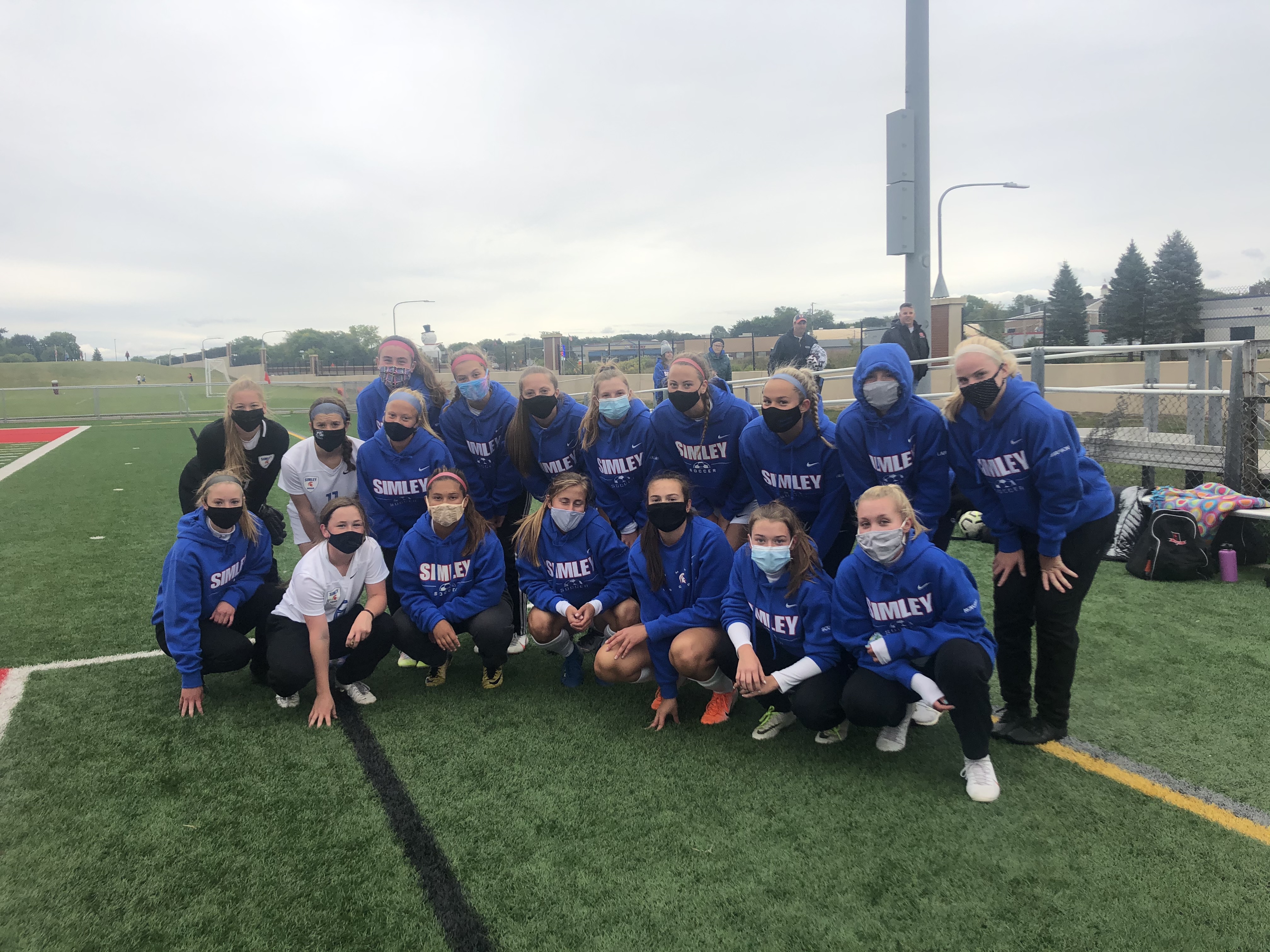 Spartans shut out the North Polars in a 5-0 win.

How It Happened
In the 6th minute, the Spartans scored off a corner kick taken by senior Grace Spiewak. Spiewak sent a dangerous ball in towards the front post and the ball was last touched by a North St. Paul Polar before going into the net. The Spartans continued to press and possess, but would not find the back of the net until the 32nd minute where they would extend their lead to four goals in a four minute span. Junior Amelia Jessen scored her first varsity goal off of a pass from sophomore Ella Tuccitto. Two minutes later senior Zoe Boughton made an attacking run forward from the back line scoring her second goal of the season. In the 35th minute sophomore Ella Tuccitto would score a goal of her own on a pass from freshman Taylor Ralston. Junior goalkeeper made just one save in the first half. Just three minutes into the second half, senior Grace Spiewak scored an unassisted goal with her left boot bending the ball around the Polars goalkeeper. Freshman goalkeeper Valerie DuVal played in the second half making a couple of saves and keeping the shutout.

Up Next
The Spartans host the Henry Sibley Warriors on Thursday, September 10th. JV kicks off at 5:15pm, Varsity kicks off at 7pm. There will be a ceremony to honor and celebrate our senior soccer players and managers at 6:30pm.
Tomorrow, the C-squad team hosts Mahtomedi kicking off at 4pm on the turf.