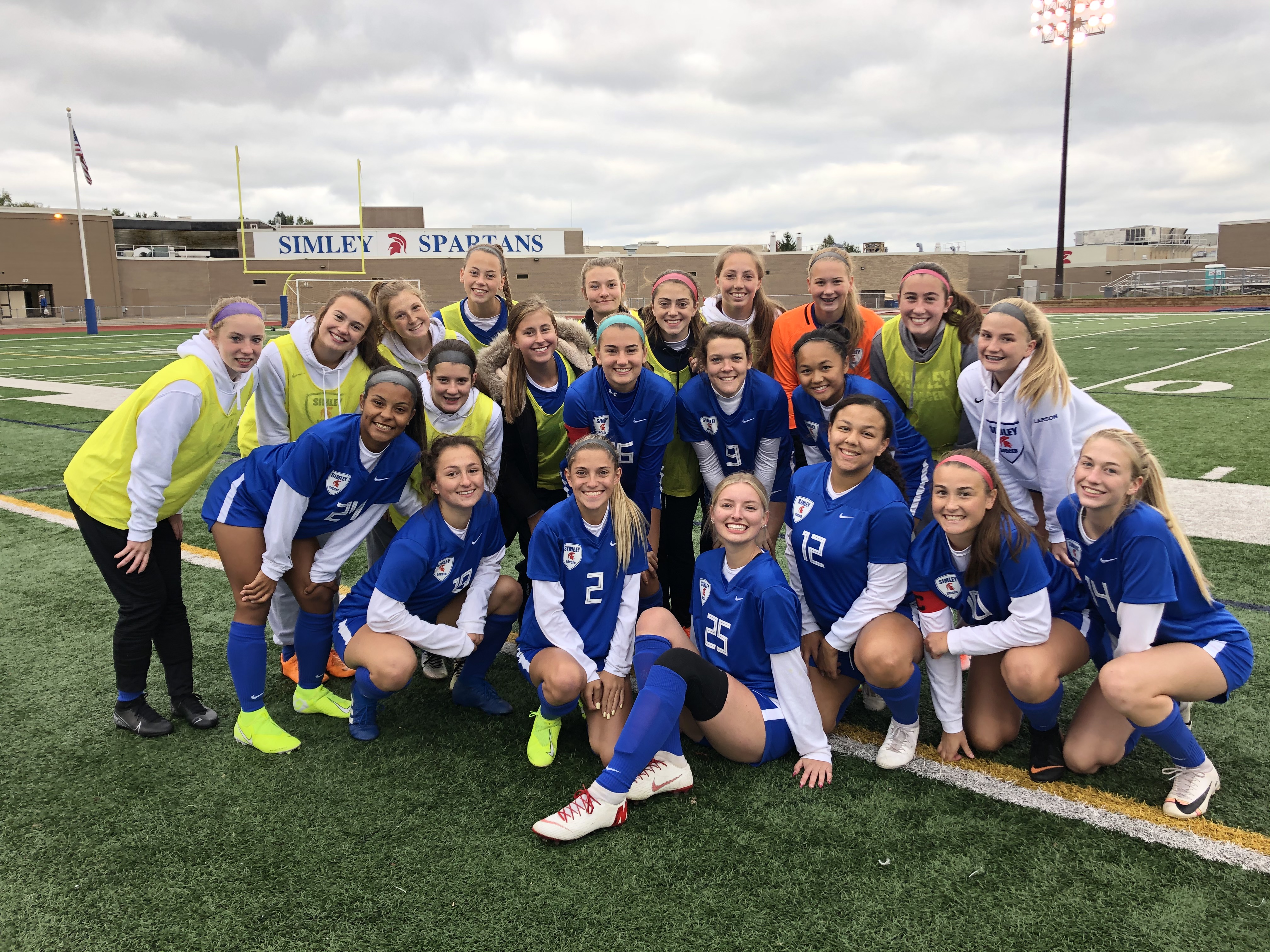 How It Happened
The Spartans started off the scoring in the 22nd minute of the game when senior Bekkah Scufsa found senior Norah Larson on a through ball behind North’s back line. Larson collected the ball and was able to slot the ball past North’s goalkeeper. Just three minutes into the second half, NLarson would return the favor and played a through ball to BScufsa on the right hand side. BScufsa shot the ball to the far post side netting scoring her team leading 7th goal of the season. In the 60th minute senior Emma Raab took a throw in deep in the Spartans’ attacking third and found junior Grace Spiewak who took a shot from distance which was deflected into the goal. Senior Ellisa Price score the final goal directly from a corner kick on the left side whipping the ball past the North goalkeeper and defenders. Sophomore goalkeeper Abby Boughton earned her second consecutive shutout and fifth overall making three saves in the contest.