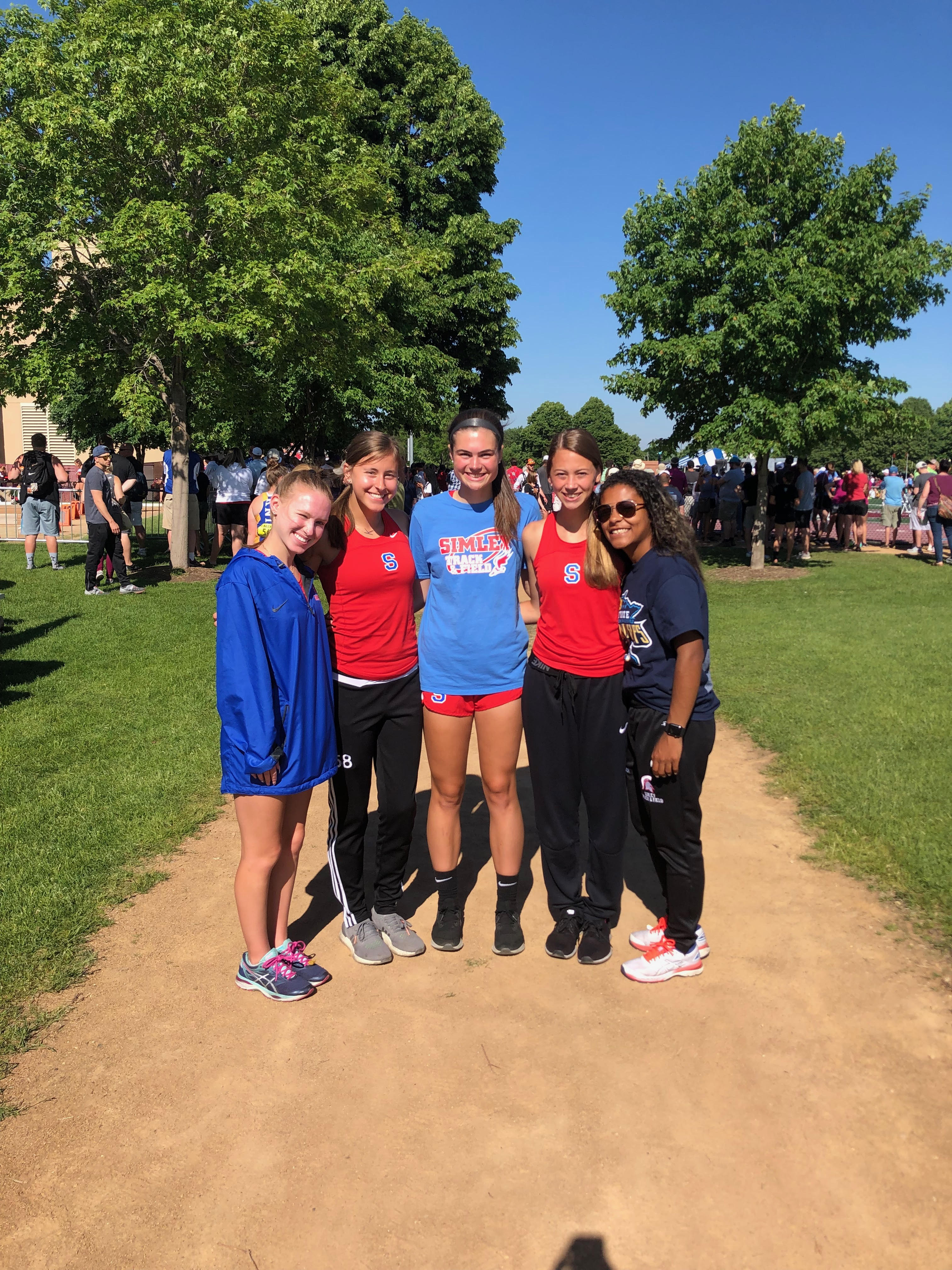 To cap off an impressive season, the girls track and field team sent two individuals and one relay team to the MSHSL Track & Field Meet to compete against the best track & field athletes in the state.

Aliah Jackson:
By winning at the Section 3AA meet last week, junior Aliah Jackson ran the 100 meter dash on Friday morning (her first time qualifying in an individual event). In prelims Jackson ran 12.63 (.02 off her personal record) to place 19th overall. Jackson had an impressive start, which is something she has been working on all year, and looks to improve on her time, school record, and state placing next season.

Abby Hepper:
Setting a huge personal best at the Section 3AA meet in Prior Lake, sophomore Abby Hepper competed in the shot put on Saturday morning. Hepper overcame her nerves (this was her first state appearance) to improve on each of her throws during the competition. Hepper threw 36ft 4 inches to place 14th overall. Hepper has improved steadily all season and will no doubt continue to improve both her junior and senior seasons.

4 x 100 Meter Relay:
The team of sophomore Kate Carlson, junior Aliah Jackson, sophomore Zoe Boughton, and junior Rachel Anderson (alternate freshman Clara Thoemke) made their second state appearance in the 4 by 100 meter relay. On Friday the girls competed in prelims where they ran 49.08 and placed 2nd overall in their heat to automatically qualify for finals. Their prelim time of 49.08 was the fastest the team has ever run and bettered the school record the team already had. All four members of the team ran their best and had solid handoffs to achieve this incredibly quick time. On Saturday the girls competed in finals where they took 6th place overall earning a place on the podium and medals.

All five girls who qualified for the state meet will be back next year.